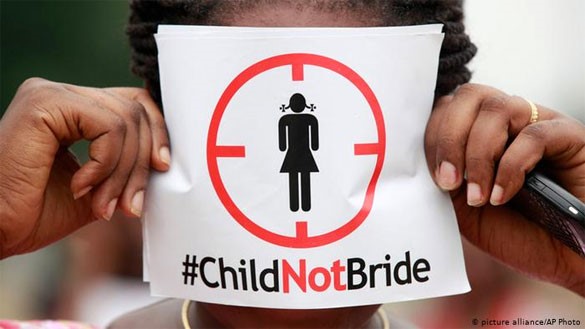 Activists in Pakistan have called on Islamabad to raise the minimum age of marriage to 18. The age requirement for marriage is currently 16 in all parts of the country except in the southern province of Sindh, where it is 18. Pakistan ratified the Convention on the Rights of the Child (CRC) in 1990, pledging commitment to protect the rights of children, as well as the elimination of child marriage. But underage marriage is still a problem in several parts of Pakistan. Citing data from the Pakistan Demographic and Health Survey (PDHS) 2017-18, Qamar Naseem, a rights activist from the city of Peshawar, says 3.3% of girls are married off under the age of 15 while 18.3% of girls married off are under the age of 18. Across the country, about 4.7% of boys are married off under the age of 18, he added. Naseem said child marriage is notably higher in Pakistan’s newly merged tribal areas, where around 35% of all child marriages in the country take place.

Women’s rights activist Mukhtaran Mai says most girls in rural parts of the Punjab province are married off at a young age due to local customs and traditions. “Exchange marriage- or Watta Satta – is quite common. Young girls are also married off to settle blood money, tribal disputes and property feuds. They are given away like animals,” Mai said. Politician’s Marriage To 14-Year-Old Triggers Uproar. The recent marriage between a lawmaker and an underage girl in Pakistan sparked outroar across the country and prompted rights activists to urge the government to take stronger action against child marriage.

Maulana Salahuddin Ayubi, a 64-year-old lawmaker of Jamiat-Ulema-Islam Fazl (JUI-F), married a 14-year-old girl, according to various local media reports in late February. The reports shocked the country and went viral on various social media platforms. In response, Federal Minister for Science and Technology Fawad Chaudhry called the reported marriage “absurd” and “very disturbing news.” He demanded that the JUI-F come out with an explanation, and called for the lawmaker’s resignation. Various civil society activists from around the country slammed the marriage not only as a deprivation of a child’s fundamental rights, but also as a serious health risk. Poverty As A Driving Factor Qaisar Khan, a political activist from Khyber Pakhtunkhwa province, believes poverty is the biggest driver of child marriage in Pakistan. The activist slammed so-called unions as the outright selling of young impoverished girls.

“In newly merged tribal districts and Malakund district, people take 500,000 rupees (€2,660, $3,180) to 2,000,000 rupees from men wanting to marry their underage girls. Most of these men are wealthy and already married,” Khan explained. Religious leaders, tribal lords and state administration are all involved in the process, he added. “If they have to do it for religious purposes, then why can they not have an older woman as their bride?”

Islamabad-based child rights activist Habiba Salman says marrying off minors is common in the town of Chitral. Here, young girls can be sold off for 2.5 million Pakistani rupees, she told DW. Another activist from the city of Quetta, who wished to remain anonymous, told DW that in the province of Balochistan, wealthy men are known to purchase underage Afghan girls or local girls from the Pashtun ethnic group “in the name of marriage.”

According to the activist, men in Qila Abdullah, Pishin, Zhob and Quetta typically pay between one million to four million Pakistani rupees for young brides. Salman blames the Pakistani government for not taking effective action against child marriage. She says the police, child protection bureaus and other relevant departments fail to respond to reports of underage marriages and take concrete action. Role of religious leaders and the patriarchy Lahore-based women’s rights activist Shazia Khan says Pakistan’s clergy play the biggest role in underage marriages, citing past opposition to legislation seeking to prohibit underage marriages from religious party members. When such a law was enacted in the state of Sindh some years ago, it was fiercely resisted by religious clerics. A federal bill seeking to punish those responsible for underage marriages was also censured by clerics in 2014.

“They have always opposed bills seeking to ban underage marriages. The entire scientific community confirms that it is detrimental to women’s health but they misinterpret Islam, justifying the marriages of underage girls on religious grounds,” said Shazia Khan.

Nasreen Jalil, a Pakistani politician and former chairperson of the Senate committee on human rights, says that the country’s feudal customs and patriarchy are to blame for child marriages. “I believe the marriage age should be 18 across the country and those who violate this should be dealt with,” she said. Underage Brides At Risk Of Health Destruction-Tipu Sultan, a Pakistan-based doctor, warned about health complications that could arise during early marriages and pregnancies. He says anemia, hormonal disorders and vaginal fistula are just some of the problems young brides are at risk of facing. “It also causes malnutrition because when underage girls get pregnant, their babies need nutrition which they receive from mothers’ bodies. But since mothers themselves go through a phase of growth, how can they provide nutrition to their babies and keep themselves healthy at the same time?” he said. 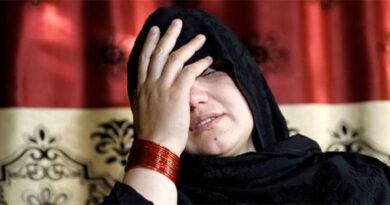 Afghan woman shot, blinded, for getting a job

RAWALPINDI: A docuseries produced by Pakistani filmmaker Sharmeen Obaid-Chinoy has been nominated for two Daytime Emmy Awards by The National