RAWALPINDI: A docuseries produced by Pakistani filmmaker Sharmeen Obaid-Chinoy has been nominated for two Daytime Emmy Awards by The National Academy of Television Arts & Sciences in New York, the movie maker and her team confirmed to Arab News on Wednesday. The series — “Fundamental. Gender Justice. No Exceptions” — has been shot in five countries in collaboration with Obaid-Chinoy’s SOC Films and the Global Fund for Women. Each episode of the series profiles grassroots movements and community leaders striving to address gender-justice issues in their respective social and political context. The episode on Pakistan focuses on Rukhshanda Naz, an attorney, who is fighting to end child marriage in the country. “It was incredible for our producers, and our camera team to be able to travel to Brazil, Georgia, the United States, Kenya to tell stories of activists on the ground in all those countries and to realize that women around the world still have major advances to make in order for them to have equal rights,” Obaid-Chinoy told Arab News on the phone. “We have been able to show the champions and the struggles to a global audience, allowing us to shine a light on activists who are risking their lives literally every day to create a better tomorrow.” In addition to Global Fund for Women, she added, the series was created with YouTube and joined the ranks of the platform’s original series productions, something no other Pakistani production house has accomplished as yet. “For SOC Films to be given this opportunity to create a YouTube original series means that our team is able to compete with the best in the world,” the filmmaker said. “I am proud of the fact that we are creating the next generation of storytellers from Pakistan, not just men and women who can tell stories of Pakistan but men and women who are capable of telling any story, anywhere in the world.” The producers of the series concurred with Obaid-Chinoy. “Producing the Fundamentals series has been one of the highlights of my career as it brought to me the opportunity to meet some brilliant women rights champions and activists from all around the world including Pakistan, USA, Brazil and Georgia,” Safyah Zafar Usmani, who worked with Obaid-Chinoy to produce the episodes, told Arab News. “We have achieved this feat,” said her co-producer Shahrukh Waheed, “while living and making films in a country where there are no real venues for documentary filmmakers to feature their work or a thriving culture of documentary viewership but our passion for telling amazing stories of empowerment, hope and resilience have brought our films to the eyes of the world. That’s a great feeling.” SOC Films and Obaid-Chinoy have previously won four Emmys, including the best documentary award for “A Girl in the River: The Price of Forgiveness” and “Saving Face.” The filmmaker won the outstanding current affairs documentary award for “Children of the Taliban.” The 48th Annual Daytime Emmy Awards will be celebrated in two live-streamed events on July 17 and July 18, 2021. 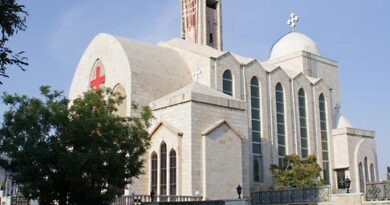 Oppression of Copt Christians in Egypt 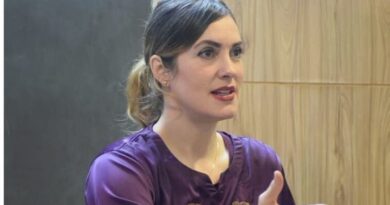 RAWALPINDI: A docuseries produced by Pakistani filmmaker Sharmeen Obaid-Chinoy has been nominated for two Daytime Emmy Awards by The National