A few days ago, I came across a local campaign that encourages families to read more to their children. The campaign, developed and advertised through a local entity, depicted a mother, a father and their two beautiful children cuddling on their couch while holding a colorful book. I felt an instant gush of sadness. I stared at the image and thought, “this does not speak to me and this does not represent me.” As a single mother of a three-year-old boy, the image spoke of a reality that we can no longer relate to. To us, story time is when my son and I cuddle in bed and read his favorite dinosaur book for the 100th time. That is our normal. National and local campaigns continue to depict scenes that are real for only a fraction of people. They insist that family units still all comprise the mommy, the daddy and their two beautiful children. Reality, however, is far from that Divorce rates in the UAE, and the Gulf region as a whole, have been on the rise for years. The UAE’s divorce rate is actually one of the highest in the region. According to the government, one in four marriages in the past decade has ended in divorce, with one in three marriages ending within the first year. This is a worldwide trend and it does not seem to be receding. In other words, high divorce rates are here to stay. In acknowledging that, our efforts and attention can move slightly from trying to push back on the growing wave to accepting it as part of our social evolution. Marriage has long formed the bedrock of traditional Arab and Muslim society. And while I do understand that there is an underlying message in that we want to promote and encourage a more wholesome and traditional family unit — and encourage families to foster stronger relationships with each other and their children — the truth of the matter is that there is a new normal we all have to accept: That of the nontraditional family unit. Family life is changing; two-parent households are on the decline as divorce is on the rise, and families are getting smaller. Because of these changes, there is no longer one dominant family form and parents are raising their children against a backdrop of increasingly diverse and evolving family units. Families now come in all shapes, sizes and forms. The number of one-parent families has increased over the last decade — and most of them are now headed by women. Despite that, the traditional model of family structure is the single most over-represented and over-catered-for group when it comes to advertising, marketing and services. Campaigns and brands are excluding a massive demographic in not portraying the lone-parent unit. To disregard and alienate almost 30 percent of society is to pretend they do not exist. And, in doing so, you end up with generations of groups that continue to feel unaccepted and isolated. Over the years, most effort has been channeled toward increasing marriage rates and reducing divorce rates, including the promotion of mass weddings, workshops to reduce wedding costs, and campaigns to help couples stay together. While that is still important, policies, programs, brands and campaigns must also take into account the multiple facets of families. They should create campaigns specifically catered to parents raising children in separate homes or workshops that educate parents on how to deal with divorce when children are involved, including how to create a nurturing and safe environment for them. It would be great to see messages on television or social media that address the many situations where you can see one parent raising their child to become a successful adult. In doing so, you are not applauding divorce or encouraging it, but helping the bedrock of your society grow into healthy and stable individuals. 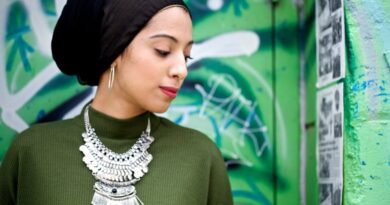